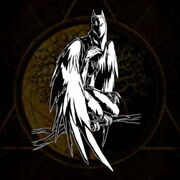 "It matters not how far you flee. I smell your blood from leagues away, and will stop at nothing to quench my thirst."

Spirit derives from the Classical Era, between the 8th century BC and the 6th century AD.

The strix is described as a large-headed bird with transfixed eyes, rapacious beak, greyish white wings, and hooked claws. This is the only thorough description of the strix in Classical literature.

Strega (from Latin striga) is the Italian term for witch, and in Romanian strigăt means 'scream', strigoaică is the name of the Romanian feminine vampire, and Strigoi is the Romanian male vampire.

Both can scream loudly, especially when they become poltergeists—a trait they have in common with the Banshee.