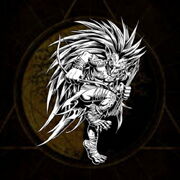 "I am the vanishing little wild man of the woods. If you're quick enough, you can find me in Delaware. Don't blame me for what comes next."

‘Pukwudgie’ translates directly to ‘person of the wilderness’ and they are often revered and respected of protectors or spirits of the forest.

They are also known to have special powers. These powers vary depending on the tribe speaking about Pukwudgie lore.

The Wampanoag and many other tribes of New England know the Pukwudgie to be both a trickster but also dangerous.

Despite their gnomish appearance, they still appear to be agile and quick. Although they are small they are typically carrying arrows (which sometimes have poison arrows), knives, or spears.