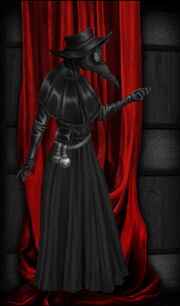 The most famous depiction of the plague itself are the outfits worn by the doctors who treated its victims in the 17th century.

Their outfits were made up of a waxed fabric overcoat, a pouch of medicines on their belt, and a mask with glass eye openings that also had a beak shaped nose.

Similar to the idea of a gas mask, the nose was often stuffed with herbs, straw, and spices to protect the doctor from breathing in the "bad air" that afflicted their patients. 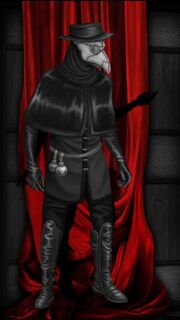