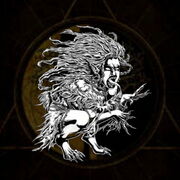 "I am the source of your nightmares. While you sleep I sit on your chest, bringing about your worst fears in the inescapable tomb of sleep."

Name is short for "nightmare" and means "to harm".

She is a malicious entity that rides (sits) on people's chests while they sleep, bringing on bad dreams (or nightmares).

She's considered to be a Hag, Succubus, and a shape-shifting witch.

In the 13th century, Huldra conjured Mare to kill the king of Uppsala.