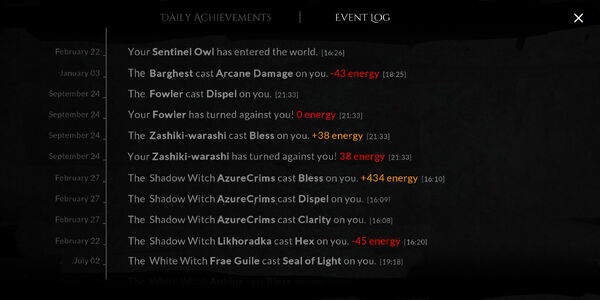 The event log is located in the same window as the Daily Achievements.

It displays all things that happen while you're witching including:

Why does it say my spirit "has turned against you"?[edit | edit source] 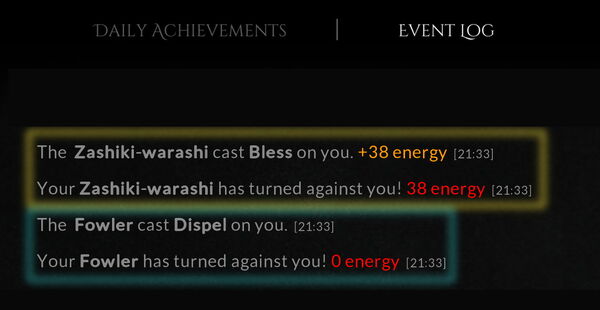 Whenever a spirit or witch actually attacks you, it'll display "Arcane Damage" or a name of an attack spell and damage amount.

Only when a spirit casts Dispel, it shows that the 0 energy damage, as it is not a damaging spell.

So why is it displayed like that?[edit | edit source]

A long time ago, witches didn't have to summon a spirit to help heal themselves because we were able to cast Bless & Greater Bless on ourselves.

So it's my opinion that it's displayed that way because it's the only way that the game developer (who wrote that code) to show how much energy a spirit have healed, or casted Dispel, on a witch.